The 13th gen Intel® Core™ processors carry on the design of Intel® 7 stepping and the “hybrid” architecture of P-Core and E-Core, which not only increase the amount of E-Core but also enable the processors to dynamically switch between high-performance operation and low loading energy saving mode. This allows users to flexibly take full advantage of the processors depending on the demands of system operation. With up to 20+1+2 phases which each Vcore and Vcc GT holding up to 105 amps by its Smart Power Stage design, the flagship of GIGABYTE Z790 AORUS gaming motherboards unleashes the full potential of the new processors and enhances the extreme overclocking performance on all-core multi-cores, delivering more than 2200 Amps to provide the best power balance. Meanwhile, it provides more stable power and dissipates heat more efficiently from heavy loading operations or overclocking to prevent CPU throttling by overheating. Furthermore, the addition of Tantalum Polymer capacitors improves the transient response of the VRM between high and low loads, increasing the purity and stability of power for processors, and providing an abundant and solid power foundation so users won’t have to worry about overlocking.

The 13th Gen Intel® Core™ processors with Z790 chipset can take full advantage of the latest PCIe® 5.0 specifications. To meet the high-speed bandwidth required by the next generation of graphics cards, GIGABYTE Z790 AORUS motherboards implement PCIe® 5.0 design and select components for PCBs, PCIe® slots, M.2 slots, and even controllers to provide optimized signal quality and prepare for future technology. Meanwhile, Z790 AORUS features PCIe® and M.2 EZ-Latch technology, as well as advanced EZ-Latch PLUS for the quick, detach of graphics cards and M.2 SSDs. As next-gen graphics cards grow increasingly larger in size, reaching the traditional PCIe® release latch can be difficult. PCIe® EZ-Latch and EZ-Latch Plus technology incorporates an enlarged latch and easily accessible button, making it simple to detach installed cards, and reducing the risk of accidentally damaging the board. In addition, GIGABYTE’s exclusive next-generation SMD PCIe®x16 slots are engineered with enhanced armor providing reinforced tensile strength and robust design, which increases the shear resistance up to 2.2 times and 1.5 times on the SMD M.2 design. By M.2 EZ-Latch and EZ-Latch Plus design, the existing M.2 SSD screws are replaced by auto or manual locking latches, which reduce the troubles of screw alignment or loss and greatly simplify M.2 SSD installation.

GIGABYTE’s Z790 AORUS lineup is equipped with 2.5Gb Ethernet as the new standard with 10Gbit on flagship models, and WiFi 6E 802.11ax network for the most complete and flexible network options. Meanwhile, enhanced by DCT（Double Connect Technology）, the network traffic packet can be adjusted dynamically to reduce online gaming latency, which also optimizes streaming and immersive VR experiences, while saving users from network cable troubles. DCT enables multiple frequency bands on the Wi-Fi 6E network, which can simultaneously connect over two Wi-Fi devices. As an example of this feature, using Airlink of Meta Quest 2 as a successful application, it can perform remote image transmission with 5GHz/6GHz while networking through routers with 2.4GHz for users to experience the Metaverse life in a wireless way.

Moreover, GIGABYTE also debuts new streamlined software, called GCC (GIGABYTE Control Center) to replace the traditional APP Center utility. As a new management platform, GCC categorizes users’ GIGABYTE applications with newly designed UI and will automatically detect installed GIGABYTE hardware for easy driver installation. It is now easier for users to install, upgrade and manage various applications to enjoy all advantages of GIGABYTE products. GIGABYTE Z790 motherboards will be soon available in the market for users to enjoy all the exceptional features of AORUS, and to further solidify the reputation that GIGABYTE motherboards are the optimal choice of high-end and gaming motherboards. For more information, please visit the AORUS website: https://www.aorus.com/motherboards/intel-z790-series 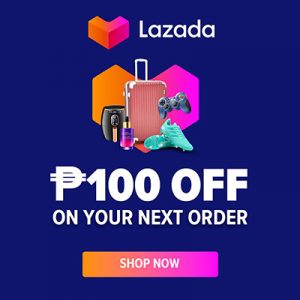 This website uses cookies to improve your experience while you navigate through the website. Out of these, the cookies that are categorized as necessary are stored on your browser as they are essential for the working of basic functionalities of the website. We also use third-party cookies that help us analyze and understand how you use this website. These cookies will be stored in your browser only with your consent. You also have the option to opt-out of these cookies. But opting out of some of these cookies may affect your browsing experience.
Necessary Always Enabled
Necessary cookies are absolutely essential for the website to function properly. These cookies ensure basic functionalities and security features of the website, anonymously.
Functional
Functional cookies help to perform certain functionalities like sharing the content of the website on social media platforms, collect feedbacks, and other third-party features.
Performance
Performance cookies are used to understand and analyze the key performance indexes of the website which helps in delivering a better user experience for the visitors.
Analytics
Analytical cookies are used to understand how visitors interact with the website. These cookies help provide information on metrics the number of visitors, bounce rate, traffic source, etc.
Advertisement
Advertisement cookies are used to provide visitors with relevant ads and marketing campaigns. These cookies track visitors across websites and collect information to provide customized ads.
Others
Other uncategorized cookies are those that are being analyzed and have not been classified into a category as yet.
SAVE & ACCEPT
MORE STORIES
Press Release